The Demise of the Plastic Bag

Plastic bag use in England has plummeted by 85% since the 5p tax was introduced in October of last year according to figures just released by the government. That’s 6 billion bags fewer plastic bags that people have been taken at the checkout since the government brought in the charge, only 9 months ago.  The result is staggering and a victory for common sense and the planet.

When I set up BIDBI (Bag It Don’t Bin It) over 8 years ago, I do so because I was motivated by the need to find a workable solution to the unnecessary waste caused by the production and disposal of single use plastic bags. We take them in the billions each year, picking them up at the supermarket checkout to carry out shopping home, not thinking of the devastating effect that they were having on the environment.

Made from polymers, plastic bags deplete the world’s constantly shrinking oil reserves.  Every week, thousands of reusable plastic bags were finding their way into the environment in England, blowing about in the wind, washed up on shores or riverbeds, getting stuck in the mouths and bellies of marine wildlife, which was a major contributory factor to the death of mammals such as seals and whales as well as harming birdlife. Not only has that risk been reduced by 85% through one, simple piece of legislation but the retailers have also donated some of the levy to charities, raising almost £30 million for good causes.

Over 8 years ago I saw that there was a need to offer people an alternative to plastic bags that was practical, affordable and attractive.  BIDBI (Bag It Don’t Bin It) was a solution to this problem and so I set up a little workshop to print bags in my hometown of Sheffield and went to India to find people to help me make them.  Making reusable bags from sustainable materials such as cotton or jute was a key component to the solution, using Fair Trade certified factories in India provided the opportunity to support communities in the developing world and bring a living wage to people who were living in poverty. Having the ability to brand the reusable cotton or jute bags, which act as an excellent backdrop to a printed logo or illustration, provided an effective marketing tool for businesses. Over the years, the willing public became walking billboards for brands or charities whilst ensuring that traditional manufacturing skills in Britain were upheld, through our eco-print factory in the heart of industrial Sheffield.

Throughout this time I have seen the humble canvas tote bag become the IT bag of the 21st Century, carrying not only the daily groceries but also works of art on their very fabric. BIDBI has contributed significantly to this development, through printing the work of artists from around the world, whether it be top names such as Tracey Emin, Grayson Perry or David Hockney, sold at the world’s best loved art galleries and museums or that of a budding artist, trying to set out their stall literally at their local craft market. 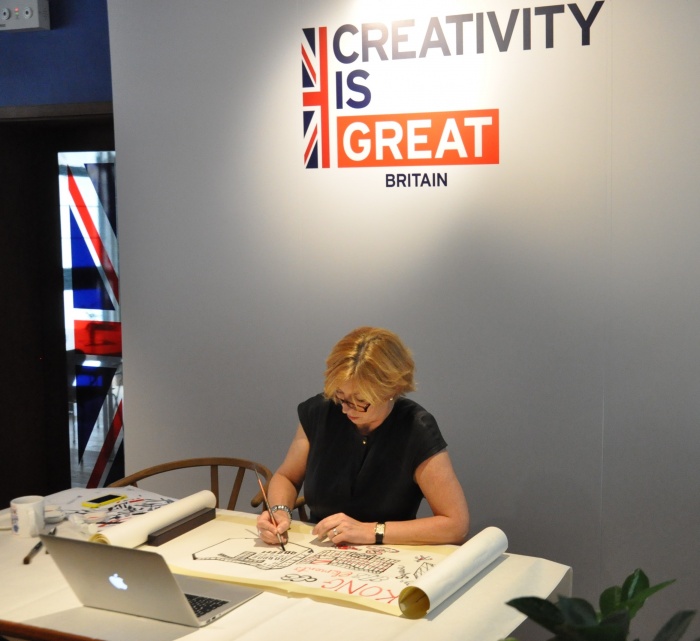 I anticipated that canvas tote bags would become more and more aspirational and artistic in nature because of the creative opportunities they provided.  I was also determined to ensure that the canvas tote bag did not get stuck in the back of a cupboard but was something that was so striking that it’s creative impact meant that it was coveted, adored and used.  I therefore set up a spin off brand, Talented, over three years ago, which collaborated with designers to create canvas tote bags as works of art.  As a dormant artist, it revived my creative skills, which wasn’t the plan but that’s how life goes sometimes and I now contribute significantly to the brand through my customizable Cityscape range of illustrations, which BIDBI prints onto a range of tote bags.  Talented sells Cityscape bags in virtually every corner of the globe, providing people with a bag that has genuine ethical, ecological and artistic provenance and is one they are proud to have swinging from their arm, carrying their shopping home.

BIDBI has come along way in last eight years, from start up business to the eco-bag supplier for the creative world, cool brands, charities, educational establishments and more. It has been our pleasure and privilege to make and print sustainable tote bags for thousands of businesses around the world and in turn helping them to save the environment and grow their businesses.  The canvas or jute tote bag has become part and parcel of everyone’s life and I now look forward to the day when plastic bags will be nothing more than a distant memory.